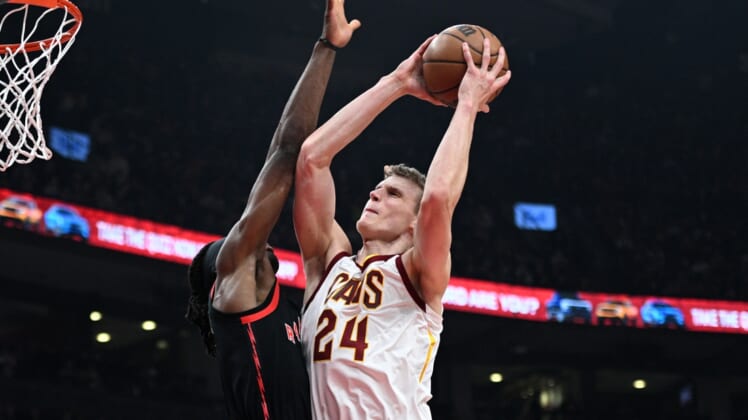 Siakam was 6 of 7 on 3-pointers. OG Anunoby added 14 points in his return to the Raptors’ lineup after missing 15 games with a broken finger.

The Raptors (41-32) have won seven of their past nine games to move into a tie for sixth place with the Cavaliers in the Eastern Conference. Cleveland won the first three games between the teams this season.

Lauri Markkanen scored 20 points for the Cavaliers (41-32), who have lost two in a row. Darius Garland added 18 points and 10 assists, Lamar Stevens had 16 points, Kevin Love had 12 points and 10 rebounds, and Evan Mobley and Caris LeVert each scored 11.

Sparked by Thaddeus Young’s eight points off the bench, the Raptors stretched the lead to 14 points. Anunoby made two free throws with 1:49 left in the second quarter. Stevens and Markkanen finished off the first half with dunks, cutting Toronto’s lead to 58-48.

Toronto regained a 14-point lead on Siakam’s 3-pointer with 9:03 remaining in the third quarter. Love’s 3-pointer reduced the deficit to eight. Stevens made one of two free throws with 4:22 left, trimming the lead to five. Toronto led 83-75 after three quarters.

The lead returned to 14 on VanVleet’s 3-pointer with 6:10 to go. Cleveland cut the deficit to eight when Mobley banked in a hook shot. Toronto scored the next six points, four by Siakam and two by Barnes, to lead by 14 again with 2:53 to play.

Gary Trent Jr. (toe) was out for Toronto.

Jarrett Allen (finger) and Dean Wade (knee) were out for Cleveland.