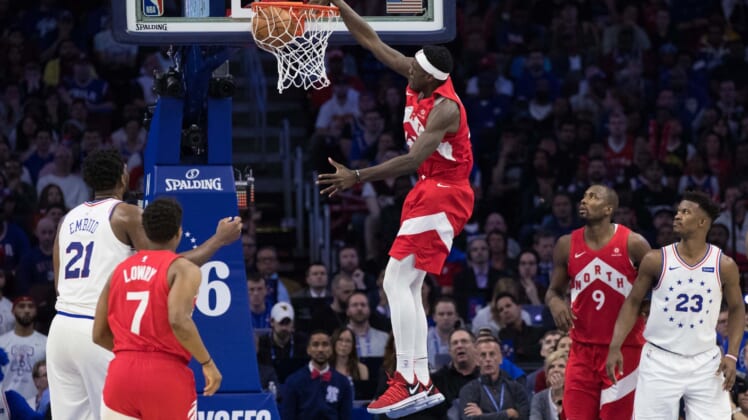 Antetokounmpo was working against Siakam in the paint and appeared to get free for an open shot. But Siakam recovered in time to block the shot anyway.

Antetokounmpo has had some highlights in this game. But clearly the Raptors are playing him well down the stretch.

This could well be a play that gets circled if Toronto goes on to steal this game and especially series.