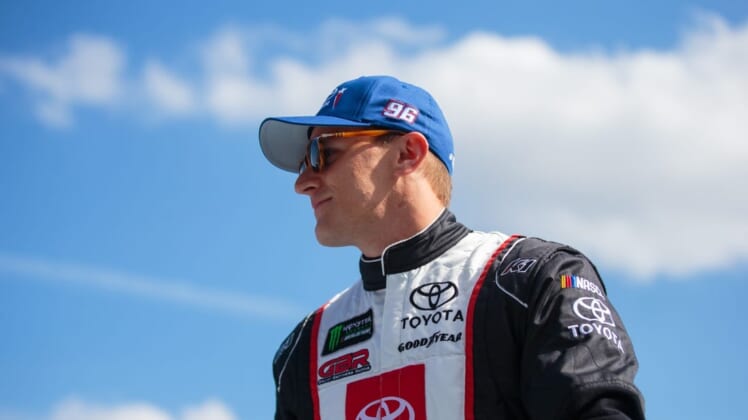 Parker Kligerman may be a popular television race commentator, but he reminded the NASCAR world Saturday that he is first and foremost a race car driver.

Kligerman held off the three-time race winner Smith, crossing the line side-by-side. Kligerman’s No. 75 Henderson Racing Chevrolet posted a 0.119-second margin of victory in a race that concluded with all the drama expected of a road course event.

Smith, who won at Circuit of The Americas and finished runner-up at both Sonoma, Calif., and Mid-Ohio, settled for a decent consolation prize with his finish on Saturday. He heads into the regular season finale in two weeks now only two points away from earning the 2022 regular season Camping World Truck Series championship.

Saturday’s victory is the third career series win for Kligerman and first since 2017. He became the series’ 17th consecutive different winner on a road course.

“It’s hard to put into words [what this means], I was pretty emotional on the cool-down lap because this whole team it’s like a team of second chances,” Kligerman said of his small team, which has only one full-time crew member.

“Two years ago, I thought my driving days were done. This team gave me a call, wanting to get back racing and it’s just been a steady improvement.

“It’s just unbelievable when you put a talented group of humans together, what they achieve. And we’re doing this on absolutely a fraction of the trucks we run against.

Corey Heim was making it a three-truck contest for the trophy, going wheel to wheel with Kligerman and Smith for what would have been an extra $150,000 Triple Truck Challenge bonus when his No. 51 Kyle Busch Motorsports Toyota suddenly lost power. That brought out the seventh caution period of the day and left the trophy to be decided in a frantic three-lap sprint by Kligerman and Smith, who each won a stage.

Kligerman, who led a race-best 56 of 67 laps, also earned a $50,000 bonus for his win in the third and final round of the Triple Truck Challenge.

Mid-Ohio was especially tough for race favorites and championship contenders. John Hunter Nemechek entered the race trailing Smith by only 21 points in the standings and was still hoping to race for his second consecutive Camping World Truck Series regular season championship. Instead, his No. 4 Kyle Busch Motorsports Toyota had mechanical problems about midway through the race.

The KBM team worked on the truck in the garage to repair a problem with third gear. Nemechek returned to the race with only 18 laps remaining and was able to make up enough ground to stay in second place in the standings — tied with Chandler Smith — but now 58 points behind Zane Smith.