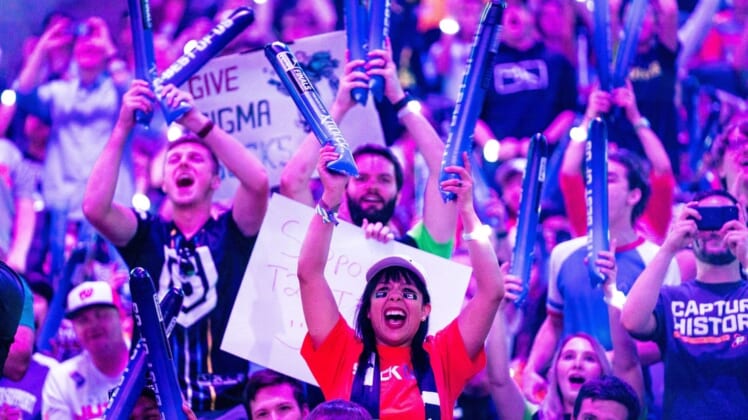 Las Vegas will get a major esports infusion in 2023 with the arrival of Overwatch League and Call of Duty League teams, as the Paris franchises in both circuits announced Wednesday that they are relocating to Nevada.

Both teams are owned by DM Esports.

The CDL’s Paris Legion tweeted, “The rumors are true! We’re excited to announce a new chapter for Legion fans. In 2023 the Legion will be relocating to Las Vegas. For now, we’re looking forward to crushing it at Major III this weekend.”

So… regarding those rumors … pic.twitter.com/8hRJzLaBlr

The OWL’s Paris Eternal put out a nearly identical statement, capped by “For now, we’re looking forward to blowing away the comp for the rest of 2022.”

According to Dexerto.com, DM Esports filed paperwork earlier this year to obtain trademarks for the names Vegas Legion and Vegas Eternal.

The Legion came in 10th in the inaugural CDL season in 2020, then tied for ninth in the playoffs. They finished 12th in the regular season last year, never placing better than fourth in any of the five major tournaments.

The Eternal joined the OWL in its second season, 2019, and failed to make the playoffs that year. They came in fourth in the 2020 regular season, then tied for seventh in the North American playoffs. Last year, the Eternal came in 12th in the regular season and were eliminated in the postseason play-in event.