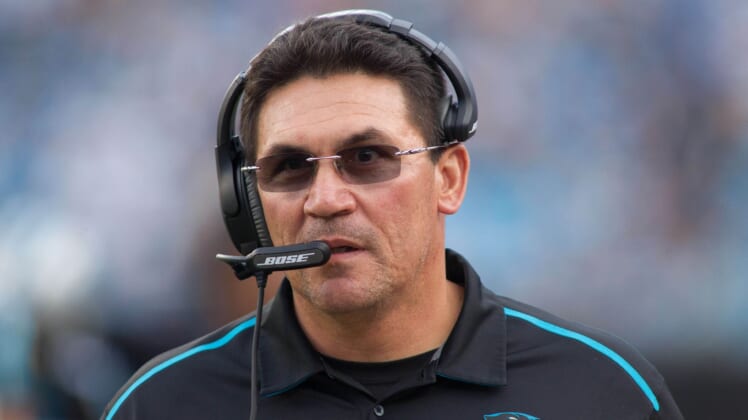 Joint practices during training camp oftentimes lead to big fights. We’ve seen that happen already this summer, but if it happens when the Carolina Panthers and Buffalo Bills practice this week, Ron Rivera won’t put up with it.

Rivera opened up about his view on fights during these joint practices on Monday:

“If anybody fights then we’ll pull them out and throw them out of practice and they’ll have to be disciplined,” Rivera said, per David Newton of ESPN. “We’re not here to fight. That’s bulls—.

“What we’re here to do is learn from each other and help each other win. That’s the most important opportunity to come out of this.”

Rivera’s stance seems to be one most NFL coaches are embracing these days. Safety has become more of a focus for teams in recent years, and that’s a good thing.