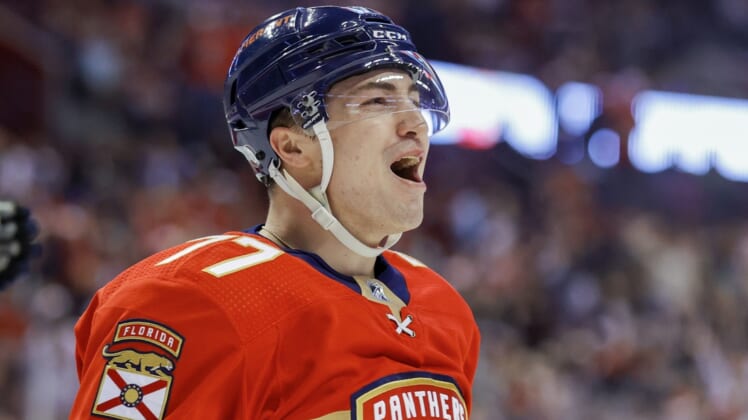 The Florida Panthers traded forward Frank Vatrano to the New York Rangers on Wednesday in exchange for a 2022 fourth-round draft pick.

Vatrano scored twice in Tuesday night’s 3-2 victory at San Jose, including the winning goal 1:11 into overtime. His first goal knotted the game early in the third period.

He has 19 points (10 goals, nine assists) through 49 games this season, the fifth time he has scored double-digit goals in a season.

The fourth-round pick Florida received in the deal will be the later of the two selections the Rangers have in that round, either their own or Winnipeg’s.