Panthers to start Sam Darnold at QB vs. Broncos 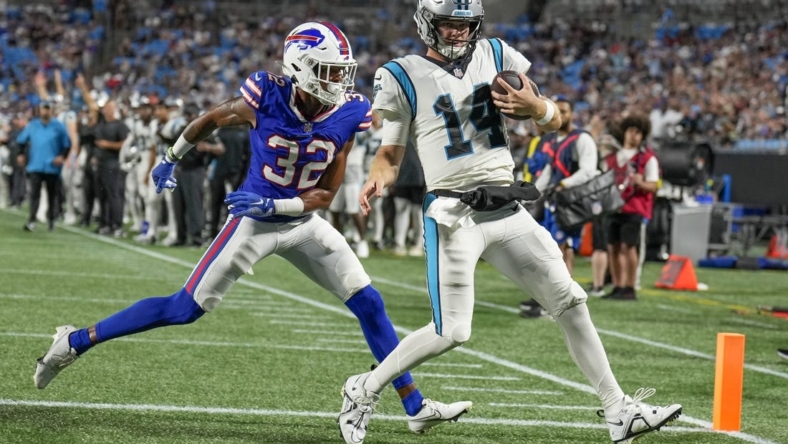 The Carolina Panthers plan to start Sam Darnold at quarterback in Sunday’s Week 12 contest against the visiting Denver Broncos.

Darnold has yet to play this regular season after going down with an ankle sprain late in the preseason. He was activated off injured reserve to resume practice in October.

Darnold will be the third different player to start at quarterback this year for Carolina (3-8), following Baker Mayfield and P.J. Walker. According to the Panthers, interim coach Steve Wilks made the decision Tuesday and informed Darnold and his fellow quarterbacks.

Mayfield started the first five games, then returned to the lineup after recovering from an ankle injury. Walker started Weeks 6-10 and went down with his own ankle injury.

Mayfield went 21 for 33 for 196 yards and two interceptions on Sunday in a 13-3 loss to the Baltimore Ravens.

In 2021, his first season in Carolina after a trade from the New York Jets, Darnold played in 12 games (11 starts) and completed 59.9 percent of his passes for 2,527 yards, nine touchdowns and 13 interceptions. The former No. 3 overall draft pick from 2018 missed five games with a shoulder injury.