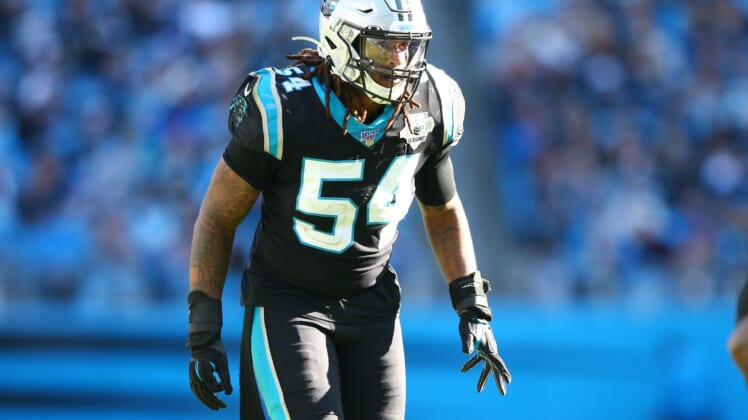 The Carolina Panthers are preparing for their future and making linebacker Shaq Thompson a core part of it by signing him to a four-year extension worth $54.2 million.

The new deal includes a $16 million signing bonus for the star linebacker with $28 million in guarantees. Even better for Thompson, he can hit specific incentives to push the total value to $57 million.

The 25-year-old is in the midst of another excellent year in Carolina with 62 solo tackles, nine tackles for loss, three sacks and three pass deflections in 12 games.

Thompson was set to become a free agent this offseason and would have been one of the top linebackers available. Instead, the Panthers will keep him with the team for years to come with a deal that will make him the third-highest paid 4-3 outside linebacker in the NFL, according to OvertheCap.com.

Now with Thompson under contract, the focus will turn to Carolina’s decision with Cam Newton as he recovers from foot surgery and is owed $20 million next season.