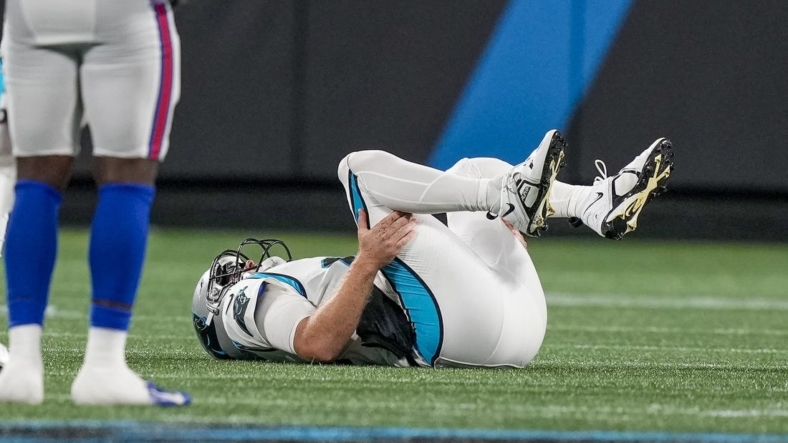 Carolina Panthers backup quarterback Sam Darnold will miss at least four weeks with the high-ankle sprain he sustained in the team’s final preseason game on Friday.

Panthers coach Matt Rhule said Monday that Darnold would miss “at least” four weeks and up to six weeks. P.J. Walker will back up Panthers starter Baker Mayfield to open the season.

Darnold will have to be kept on the 53-man roster through Tuesday’s cutdown deadline to remain eligible to return from injured reserve after four games.

Darnold, a fifth-year NFL QB, was carted off the field after the injury in the third quarter of Friday night’s game against the Buffalo Bills.

Darnold was in the process of throwing an incomplete pass when Bills defensive tackle C.J. Brewer pulled him down, causing Darnold’s ankle to twist unnaturally under Brewer’s weight.

Darnold completed 5 of 11 passes for 49 yards and added a 1-yard rushing touchdown before the injury.

The Panthers host Mayfield’s former team, the Cleveland Browns, in Week 1 on Sept. 11.