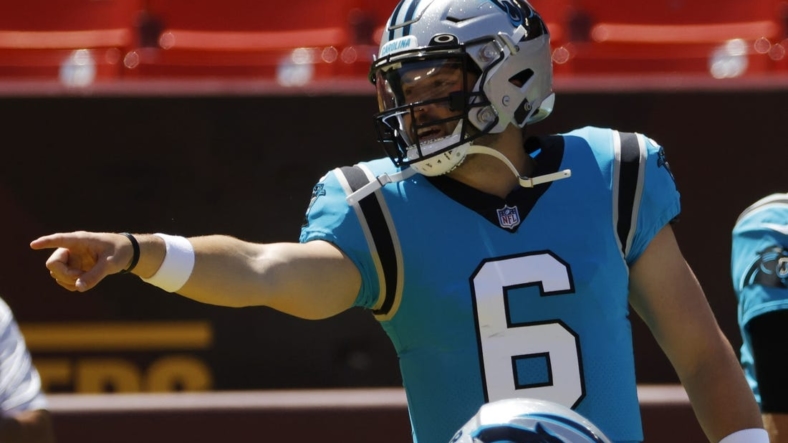 With an injury-plagued 2021 season behind him and on a new team, Baker Mayfield has a fresh start in 2022.

The betting public likes the recipe for a comeback with the Carolina Panthers.

Mayfield, named starting quarterback of the Panthers, is receiving the largest share of the handle on futures betting for NFL Comeback Player of the Year at DraftKings.

Mayfield was tied for the fourth-shortest odds at +800. His 20 percent of the handle was spread across just 6 percent of the total bets, signaling some high-money wagers are among the plays.

Tennessee Titans running back Derrick Henry is the +400 favorite at both DraftKings and BetMGM. He’s raked in 30 percent of the total bets for Comeback Player of the Year at DraftKings, with 13 percent of the handle. His handle share at BetMGM (14.8 percent) was second-highest, on 9.2 percent of tickets.

Mayfield, 27, led Cleveland to the playoffs in 2020, the woebegone franchise’s first appearance since 2002.

He spent much of the 2021 campaign playing through a torn labrum in his non-throwing shoulder before finally being placed on injured reserve on Jan. 5. The Browns acquired Deshaun Watson from the Houston Texans, gave him a record-setting guaranteed contract and eventually dealt Mayfield to Carolina last month.

Carolina opens the regular season against Cleveland on Sept. 11.