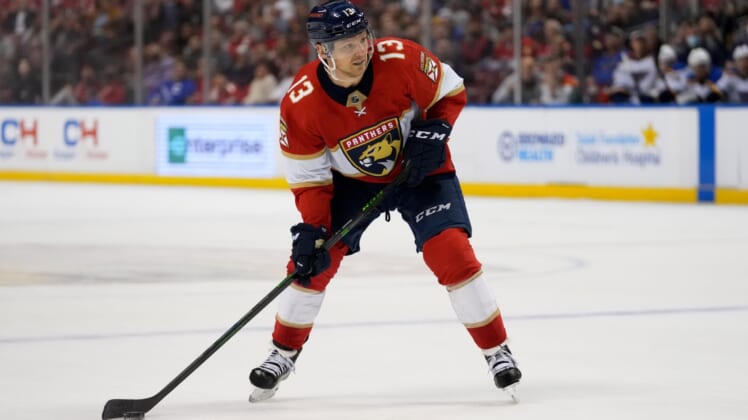 All three are unavailable for Tuesday’s game against the visiting Calgary Flames.

Reinhart, 26, is second on the Panthers with 26 points (nine goals, 17 assists) in 32 games in his first season with the team.

He has 321 career points in 486 games and played his first seven seasons with the Buffalo Sabres, who drafted him No. 2 overall in 2014.

Ruutu, 38, is in his first season on the Florida coaching staff.

He scored 346 points (148 goals, 198 assists) during a 12-year playing career with the Chicago Blackhawks, Carolina Hurricanes and New Jersey Devils.