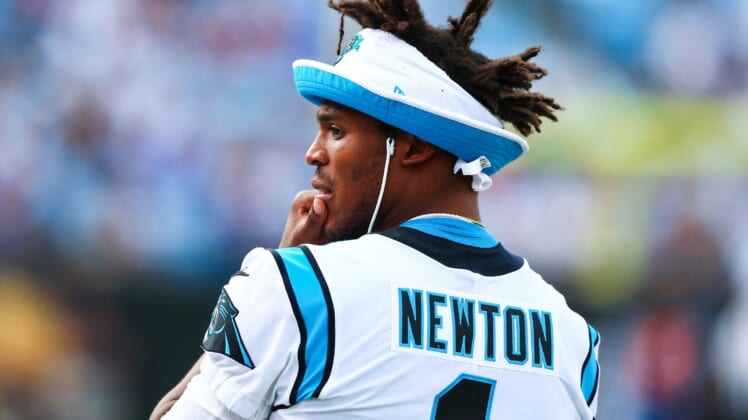 It was reported earlier on Tuesday that the Carolina Panthers were set to release former NFL MVP Cam Newton after he spent nine seasons as the face of the franchise.

“Cam has meant a lot to this organization and the Carolinas,” general manager Marty Hurney said. “Everyone saw his performances on the field. I had the privilege of seeing how hard he worked off the field, and his commitment to this team when no one was watching. He’s the ultimate competitor and it physically hurts him to lose. He willed this team to victory on many occasions and will always be considered one of the greatest players in the history of this franchise. His contributions to this team, this community and the game of football will leave a lasting impact on our organization.”

Newton, 30, played only two games this past season after suffering a Lisfranc injury. That came on the heels of him undergoing shoulder surgery the previous offseason. Needless to say, Newton has been injury plagued throughout the vast majority of the past few years.

It was somewhat surprising that Carolina could not get anything for the former NFL MVP in a trade. We’re talking about a quarterback who led his team to Super Bowl 50 years back and has earned three trips to the Pro Bowl.