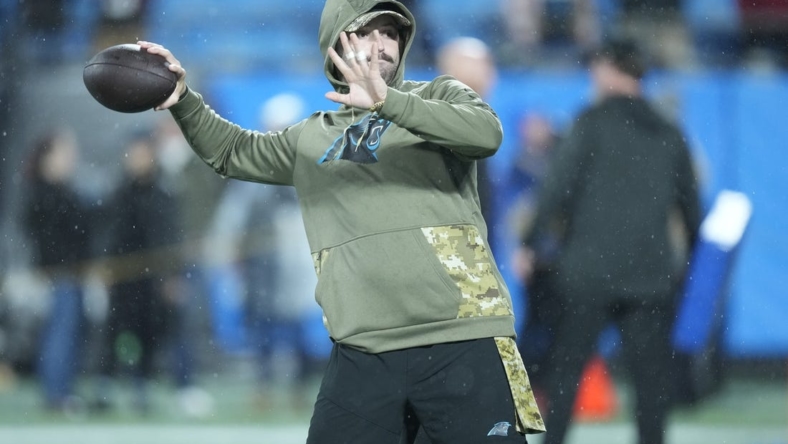 Baker Mayfield is returning to starting quarterback in Week 11.

Erstwhile starter PJ Walker suffered a high-ankle sprain in last Thursday’s game against the Atlanta Falcons and won’t be available against the Baltimore Ravens this week.

Walker played the entire game against the Bengals, completing 10 of 16 passes for 108 yards. Walker started the past five games after Mayfield injured his ankle, but then remained the starter even after Mayfield was healthy enough to return. Walker went 2-3.

Mayfield is 1-4 as the starter this season, completing 56.6 percent of his passes for 1,117 yards, six touchdowns and four interceptions.

Darnold just came off injured reserve and was activated last week after suffering a high-ankle sprain during a preseason game. He has not appeared in a game this season.

The Panthers (3-7) visit the Ravens (6-3) on Sunday. The Ravens are coming off their bye week. Mayfield is 3-5 lifetime against the Ravens, making those starts as quarterback of the Cleveland Browns.