Panthers look to break out of rut, visit Sharks 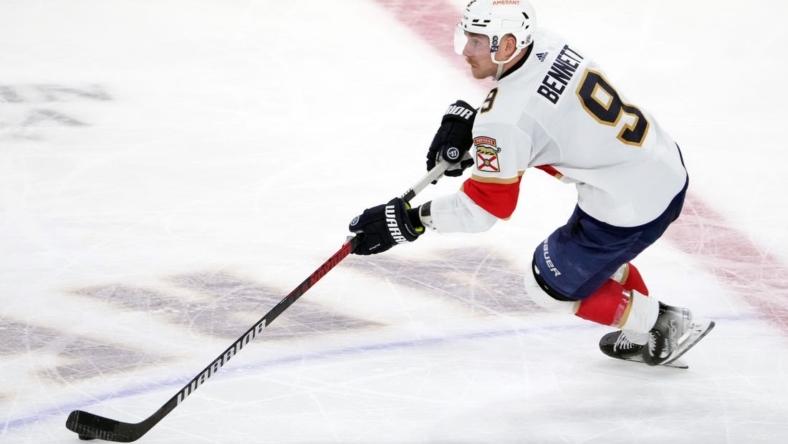 The Florida Panthers have lost three of their past four games, but will look to break out of their slump when they visit the San Jose Sharks on Thursday night.

For the Panthers, it’s the second stop on a four-game West Coast swing.

“It feels like we’ve been playing a lot of games on the road lately,” Panthers forward Carter Verhaeghe said.

Meanwhile, the Sharks have been trending in the right direction after starting the season on a five-game losing streak. Since then, San Jose is 3-3-1.

However, the Sharks have taken a pair of one-goal losses, falling 4-3 to the Tampa Bay Lightning and 6-5 in a shootout versus the Anaheim Ducks.

“It’s nice to score five goals,” Karlsson said of his team’s offensive performance. “But at the same time we let in five as well.”

Karlsson leads the Sharks in goals (nine) and points (15). He also leads all NHL defensemen in both categories.

In addition, he is the first Sharks defenseman in franchise history to record a hat trick.

“I think everyone is seeing what a world-class player he is,” San Jose coach David Quinn said. “He’s only 32 years old. He’s got a lot of great hockey ahead of him and he’s certainly playing like a Norris Trophy winner now.”

No matter the goalie, Quinn needs the win to reach 100 victories in the NHL. He got 96 of those wins during his three seasons coaching the New York Rangers.

The Panthers, in their first season under coach Paul Maurice, are hoping for an encore to the 2021-2022 regular season, where they had the best record in the NHL.

New acquisition Matthew Tkachuk has lived up to the hype, leading the team in points (13) and assists (eight).

Defensemen Brandon Montour (eight points) and Gustav Forsling (six points) are also trending toward career years. Their efforts are much-needed due to the groin injury that will sideline Aaron Ekblad for roughly one month. In addition, MacKenzie Weegar was traded away in the Tkachuk deal, leaving Florida thin on defense.

Offensively, Colin White has been a pleasant surprise with three goals and five assists. But it’s been a slow start for Aleksander Barkov and Sam Bennett, who each have just one goal. Barkov and Bennett scored career highs in goals last season, netting 39 and 28, respectively.