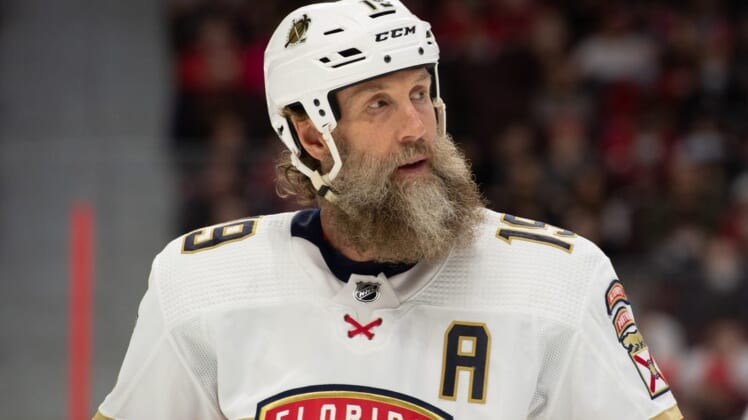 Thornton, however, wasn’t so quick to close the book on his NHL career Wednesday.

“My wife was kind of asking me last night,” Thornton said. “And really, I have no plans. It’s kind of exciting that way. I came here to win a championship, and we fell short of that. But I think the Florida Panthers are going to be good for a long time. It’s exciting around here now.”

Thornton’s 24th NHL season came to a halt after the Presidents’ Trophy-winning Panthers were on the business end of a four-game sweep by the Tampa Bay Lightning in their Eastern Conference semifinal series.

Thornton, who turns 43 on July 2, said Wednesday that he isn’t putting a timeline on making a decision on his NHL career.

“I’ve been privileged to play this game for a long time,” Thornton said. “I don’t take anything for granted.”

He began his NHL career with the Bruins before being traded to the Sharks for Marco Sturm, Wayne Primeau and Brad Stuart in November 2005.

Thornton captured an Olympic gold medal for Canada at the 2010 Vancouver Games. He also was part of two championship teams in the World Cup of Hockey (2004, 2016).