Panthers Greg Olsen being pursued by Fox and ESPN 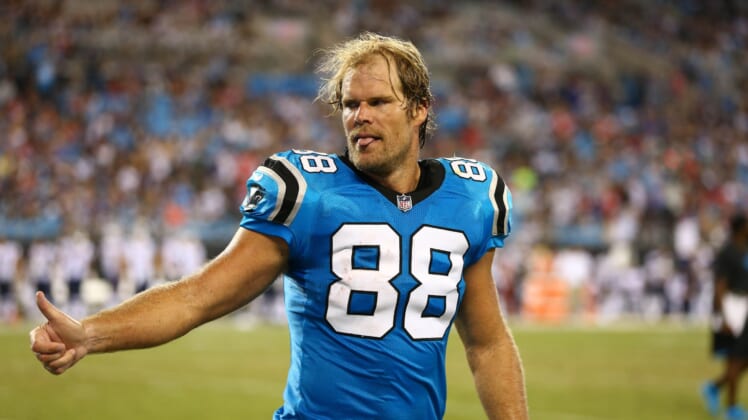 Carolina Panthers tight end Greg Olsen will need to decide between playing a ninth NFL season, or accepting a broadcasting analyst job in 2019.

According to Andrew Marchand of the New York Post, Olsen has reportedly been offered a commentating job by both Fox and ESPN.

If Olsen sticks with football, he is slated to earn $3.4 million on a contract that he is signed with through the 2020 season.

Though, at 33 years of age and having dealt with injuries his past two seasons, Olsen may just decide it is more prudent to reserve his body moving forward.

According to the New York Post report, Olsen could possibly work with Troy Aikman at Fox, or perhaps replace Aikman altogether on Thursdays. At ESPN, it is reported that Olsen could be a possibility to fill the role Charles Woodson used to have on “Sunday NFL Countdown.”

Per the report, sources close to Olsen suggest he wants to play this year “unless the TV offers come close to the money and/or there is a clear path to even more opportunities.”

Look for Olsen’s decision to play out in the upcoming months. The three-time Pro-Bowl tight end has so far recorded 473 receptions, 5,866 yards and 37 touchdowns since playing for the Panthers in 2011.