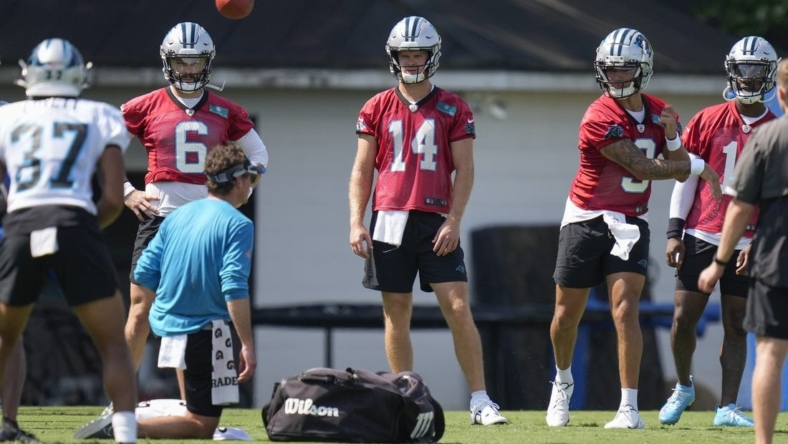 Steve Wilks needs extended seating on the bench if the Panthers head coach is expected to sit every player who has ever had a bad quarter.

That was the Carolina interim head coach’s sentiment on Tuesday when asked why the team was going with PJ Walker at quarterback in Thursday’s meeting with the Atlanta Falcons. Walker was benched last week, posting a 0.0 passer rating with two interceptions and three completions before Baker Mayfield entered in the third quarter.

“Trust my decision-making. We all have bad games. I could bench everybody if we go off bad games,” Wilks said. “PJ wasn’t the only one. We’re going to rally behind PJ, definitely give him the things he needs from a gameplan standpoint.”

Offensive coordinator Ben McAdoo said he supported the decision to leave the offense in Walker’s hands. McAdoo said Walker has been good “outside of a couple quarters.”

“I started to press, started to try to do too much,” he said Tuesday.

McAdoo said the notion that Mayfield was a failure is inaccurate, noting last week’s two-TD showing against the Bengals supports that argument.

Walker draws the Falcons on a short week and a quick turnaround from his 317-yard performance at Atlanta in Week 8. It’s likely a shorter leash is in play, with Mayfield healthy and recently effective, and Sam Darnold added to the 53-man roster this week.

“Short week, and when you look at what he has done the previous weeks, that consistency,” Wilks said. “Once again I felt like just with the short week, give him the opportunity to go back … hopefully we can get a spark out of the offense.”