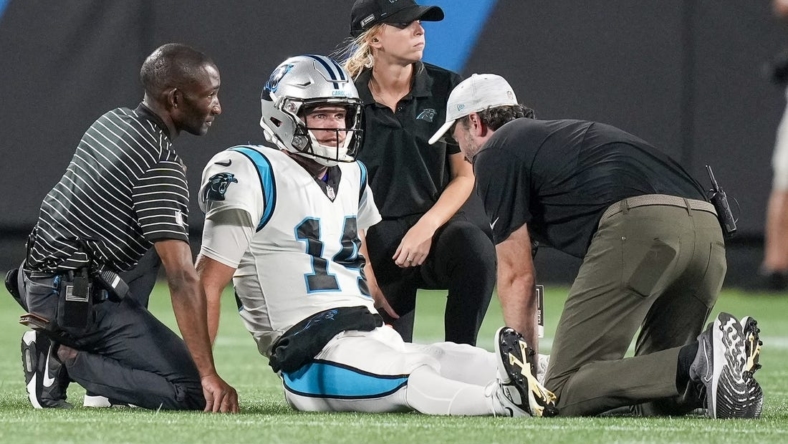 Two assistant coaches were fired and Sam Darnold was activated from injured reserve and returned to practice — and a crowded but unclear quarterback depth chart — on Monday.

The Panthers (2-7) made the moves following a 42-21 defeat Sunday in which Baker Mayfield entered in relief of PJ Walker, who was pulled in a dismal showing against the Bengals (5-4).

The Panthers fired cornerbacks coach Evan Cooper and defensive line coach Paul Pasqualoni on Monday. Carolina was scorched for a season-worst 464 yards and 241 rushing yards against Cincinnati and has three days to get ready for Thursday’s visit from the Atlanta Falcons (4-5).

Darnold, 25, was hobbled by an ankle injury in the preseason finale against Buffalo on Aug. 26. He returned to practice on Oct. 19.

Mayfield won the starting job in training camp but had been sidelined with a high ankle sprain. Walker performed well until Sunday, when he was pulled after throwing two interceptions with a 0.0 quarterback rating after completing 3 of 10 passes for nine yards.