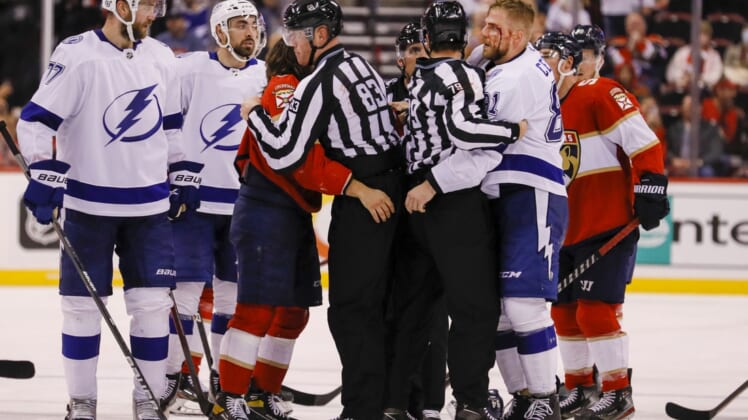 Florida Panthers forward Ryan Lomberg was automatically suspended for one game Monday under the NHL’s rule of instigating in the final five minutes of a game.

The incident occurred Sunday in the Panthers’ 8-4 win over Tampa Bay.

Lomberg initiated a fight with Lightning defenseman Erik Cernak with 3:36 remaining in the third period. Lomberg was sent off with a 10-minute misconduct and Brunette was ejected.