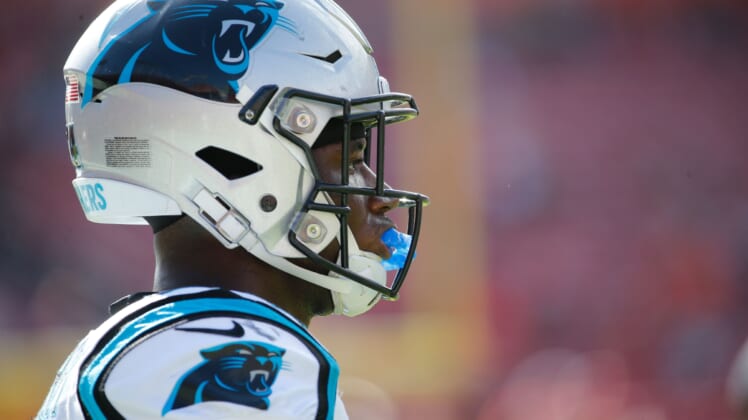 The Carolina Panthers are already short on talent at the cornerback position, so it was somewhat concerning when James Bradberry went down with an injury Monday.

The second-year cornerback was diagnosed with a fractured wrist by team doctors, per the Panthers website. That’s the bad news.

The good news is that he might still be able to practice with a cast on his wrist during minicamp next week and is expected to be unrestricted for training camp.

A second-round pick out of Samford last year, Bradberry appeared in 13 games as a rookie, intercepting two passes and racking up 59 total tackles. He was a key player in the team’s pass defense, which struggled without Josh Norman.