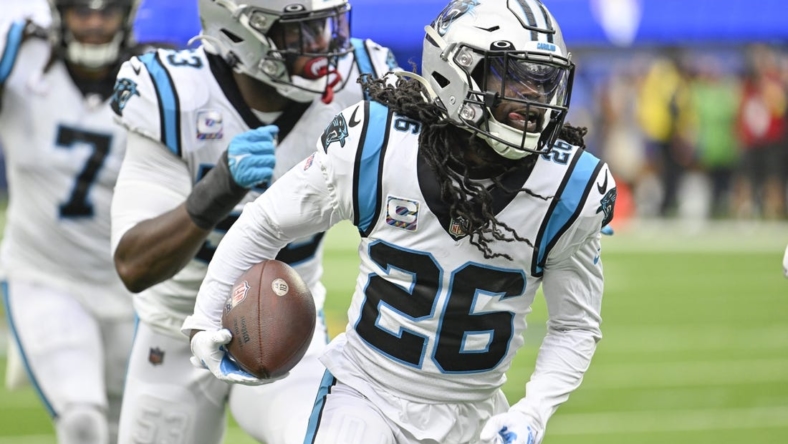 Carolina Panthers cornerback Donte Jackson sustained a torn Achilles tendon in Thursday’s 25-15 victory over the Atlanta Falcons and will miss the rest of the season.

The Panthers said the severity of the injury was detected during an MRI exam on Friday.

Jackson, 27, was injured during the later stages of the contest and was wearing a boot in the locker room after the contest.

He was back in action after sitting out the previous week’s 42-21 loss to the Cincinnati Bengals due to a tender ankle.

Jackson had two interceptions this season — returning one for a touchdown — and made 35 tackles in nine games.

Jackson has 14 career interceptions in 64 games (60 starts) over five NFL seasons. He has recorded 244 tackles, two forced fumbles and one sack.

Jackson signed a three-year, $35.18 million deal in March to remain with Carolina.

The Panthers (3-7) next play on Nov. 20 when they visit the Baltimore Ravens.