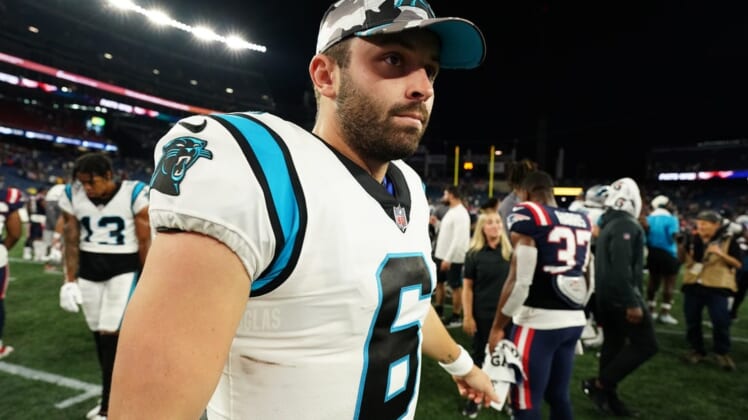 The Carolina Panthers on Monday named Baker Mayfield the team’s starting quarterback for the 2022 season.

Mayfield was the presumptive starter over incumbent Sam Darnold since the Panthers traded for him in July. The Panthers open their season on Sept. 11 against the Cleveland Browns — Mayfield’s former team.

Mayfield and Darnold were the Nos. 1 and 3 overall picks in the 2018 NFL Draft, respectively.

Panthers rookie QB Matt Corral suffered a Lisfranc injury against the Patriots that likely will end his season.