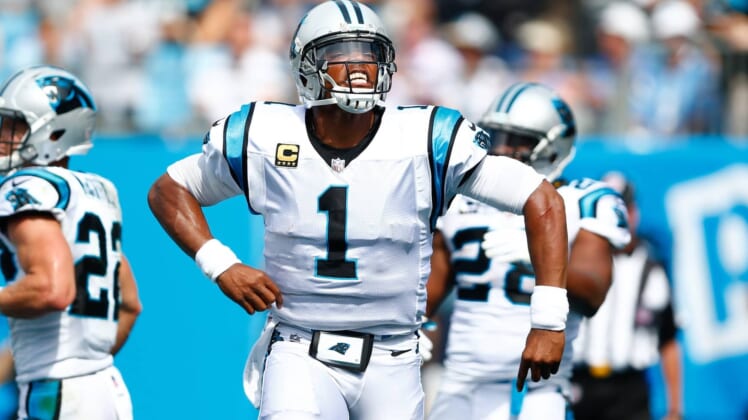 The Carolina have been chosen as the featured NFL team on Amazon Prime’s fourth annual “All or Nothing” documentary this summer.

The show announced this news on Wednesday:

The Panthers are an intriguing choice because of the lofty expectations the franchise has on its shoulders this coming season.

Carolina has spent big in free agency in order to rebound from a disappointing 7-9 season that had many wondering whether head coach Ron Rivera would keep his job.

With an offense that features some seriously exciting weapons and a defense that has been among the most dominant in the NFL the past few years, Carolina’s fate rests on the strong right arm of Cam Newton.

Newton is still recovering from offseason shoulder surgery, but the team hopes he will be a full participant in training camp. If he experiences any setbacks with his recovery, we’ll all get to witness the internal drama firsthand.