Panthers aim to stay hot in visit to Vegas 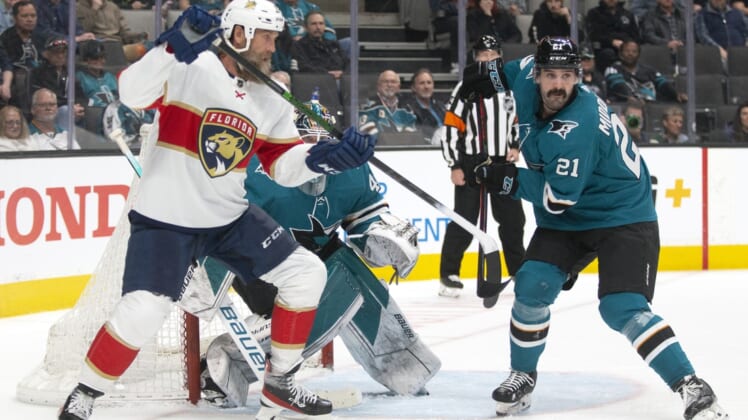 Heading into this season, Thursday night’s game between the Florida Panthers and host Vegas Golden Knights could have been billed as a possible Stanley Cup preview.

Florida, which leads the Eastern Conference with 88 points, has held up its end of the bargain. The Panthers are also plus-73 in goal differential, tops in the NHL.

But Vegas, which was expected to be a favorite in the Western Conference, is a different story.

Simply put, the Golden Knights are leaking oil heading into their final 20 games of the regular season. Vegas failed to gain a point on a five-game road trip that — on-paper — looked very favorable. So, Vegas brings a season-high five game losing streak into the contest with the Panthers.

The Golden Knights are clinging to the final wild card spot in the West with a one-point lead over Dallas and Vancouver. However, the Stars have four games in hand on Vegas and a favorable April schedule that sees them play 10 of their final 12 games at home, where they own a sparkling 20-8-1 mark.

The Golden Knights have dropped into fourth place in the Pacific, two points behind surging Edmonton which also has two games in hand. Vegas was outscored 18-9 during their final three games of a road trip that concluded with a 7-3 loss at Winnipeg on Tuesday.

Vegas yielded a season high in goals in the loss to the Jets. Goalie Laurent Brossoit was pulled after stopping just nine of 13 shots, with rookie Logan Thompson (seven saves on 10 shots) not faring much better.

“We need a little emotion right now,” added defenseman Alex Pietrangelo. “This time of year, heading into the playoffs, we need emotion. Take the day off (Wednesday), get our heads right, get our bodies right. Because (Florida is) the best team in the NHL right now.”

While the Colorado Avalanche could make an argument on that point, Florida has been downright hot of late.

The Panthers are 6-0-1 in their last seven games and will be playing the third contest of a seven-game road trip that began with a 3-2 shootout loss at Los Angeles and a 3-2 overtime win at San Jose.

Frank Vatrano tied the game with a third-period goal and then won it 1:11 into overtime with a one-timer from the high slot.

Vatrano, however, was traded to the New York Rangers on Wednesday in exchange for a fourth-round pick in the 2022 NHL Entry Draft.

Florida coach Andrew Brunette was pleased with his team keeping its emotions in check on Tuesday. The game marked the return to SAP Center for Joe Thornton, who spent 15 seasons with the Sharks.

“I think we kept our composure,” Brunette said. “I really liked our game besides some of the things we were doing in the second period. We got a little carried away. We kept our emotions intact, and I thought we regrouped after two and had a great third period.”

Sam Bennett scored twice and Spencer Knight made 24 saves in the Panthers’ 4-1 win over the Golden Knights on Jan. 27.