Panthers aim to right the ship in return to action vs. Rangers 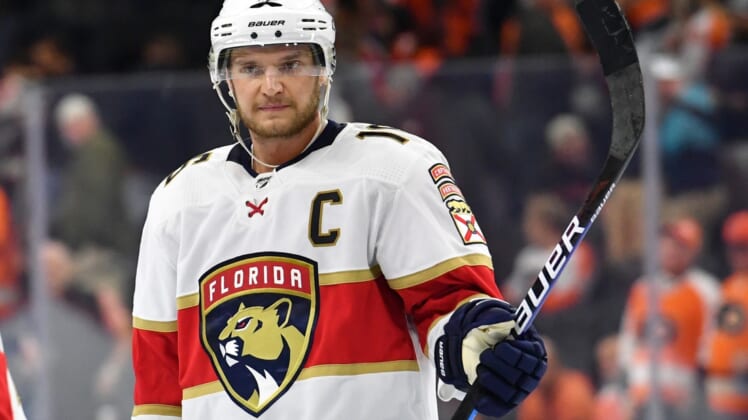 There will be no shortage of question marks when the Florida Panthers and the New York Rangers — two of the top six teams in the NHL in point percentage — meet on Wednesday night in Sunrise, Fla.

How will the teams handle long layoffs? Who is healthy and in condition? Who will step up given the opportunity?

The Rangers are expecting defenseman Patrik Nemeth back from the COVID-19 list, where he’s been since Dec. 17. Then again, that was also the most recent Rangers game before the entire league went on hiatus.

“I’m feeling better,” Nemeth said. “I should be good to go (but) a little rusty after sitting at home for 10 days.”

However, Rangers defenseman Ryan Lindgren is on the COVID-19 list. Still, of New York’s top seven defensemen, six are expected to be available.

At goalie, the Rangers placed backup Alexandar Georgiev on the COVID-19 list. The Rangers are expected to go back to starting goalie Igor Shesterkin, who hasn’t played since Dec. 3 due to injury.

Shesterkin has been brilliant this season, going 13-3-2 with a 2.05 goals-against average and a .937 save percentage. He is on a five-game win streak, and he beat the Panthers in New York the only time he has faced them this season.

Star winger Artemi Panarin tops the Rangers in points (33), and reigning Norris Trophy winner Adam Fox leads New York in assists (26) as he continues to build his case as the NHL’s top defenseman.

Other Rangers to watch include Chris Kreider, who leads the team in overall goals (18) and power-play goals (11), streaky center Mika Zibanejad and hard-hitting defenseman Jacob Trouba.

Rookie backup Spencer Knight was in goal when the Rangers raced to a 4-0 lead and held on for a 4-3 win on Nov. 8.

On Wednesday, the Panthers are expected to get several players back from injuries or COVID-19 protocol, including star center Aleksander Barkov, who has been out since Dec. 7 (lower body).

“It’s almost like the first day of school,” said Lomberg, who has been out since Dec. 12 due to COVID-19. “We have a tight-knit team. Any time you are away, you miss the boys.”

Florida’s biggest absence is winger Jonathan Huberdeau, who was added to the COVID-19 list on Sunday. He leads the team in assists (23) and points (33).

The Panthers have their top five defensemen, including Aaron Ekblad, who is second on the team with 24 points.