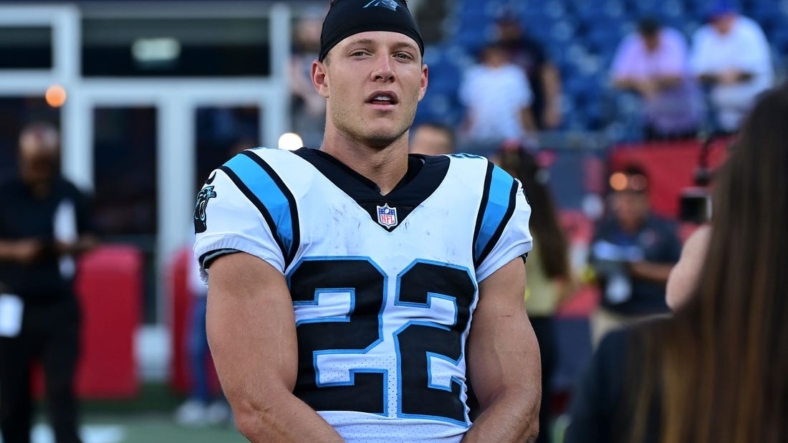 The Carolina Panthers listed star running back Christian McCaffrey on their injury report Thursday afternoon as a full participant despite a shin injury.

It’s unlikely to keep the injury-prone back from playing in Sunday’s season opener against the Cleveland Browns.

McCaffrey, 26, has played in just 10 of a possible 33 games over the past two seasons. A high ankle sprain caused him to miss an early portion of the 2020 season, and in the game he returned, he suffered a shoulder injury that ended his season.

Then last year, McCaffrey missed 10 games due to hamstring and ankle injuries.

In 58 games (52 starts) over five NFL seasons, McCaffrey has gained 3,587 rushing yards and 3,015 receiving yards with 30 rushing touchdowns and 17 receiving scores. He was a first-team All-Pro in 2019 and received a four-year, $64 million contract extension before the 2020 season.