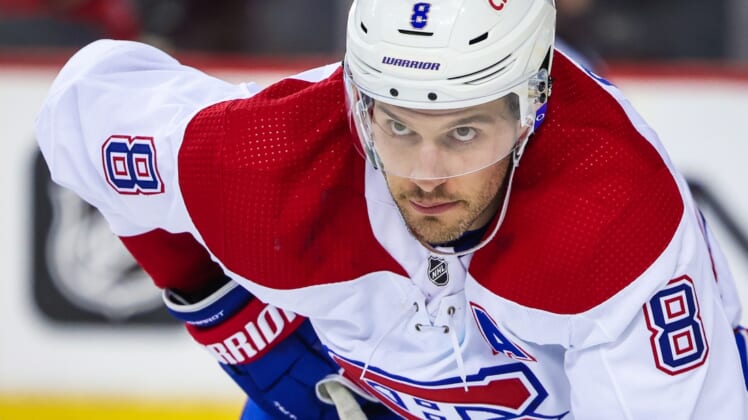 The Florida Panthers acquired defenseman Ben Chiarot from the Montreal Canadiens on Wednesday in exchange for college forward Tyler Smilanic, a first-round pick in the 2023 NHL Draft and a fourth-round pick in the 2022 draft they acquired from the New York Rangers earlier in the day in a deal for forward Frank Vatrano.

The Canadiens said they will retain 50 percent of Chiarot’s salary for the remainder of this season. The 30-year-old defenseman is in the final season of a three-year, $10.5 million contract ($3.5 million average annual value) he signed with the Canadiens on July 4, 2019.

Chiarot has 18 points (seven goals, 11 assists), 42 penalty minutes and a minus-18 rating in 54 games this season with the Canadiens, who are last in overall NHL standings at 16-36-8. In 469 NHL games with Montreal and the Winnipeg Jets, he has 110 points (29 goals, 81 assists), 345 penalty minutes and a minus-13 rating. Chiarot has seven points (one goal, six assists) in 52 Stanley Cup Playoff games; he played 22 games postseason games in 2020-21, when the Canadiens reached the Stanley Cup Final before losing to the Tampa Bay Lightning in five games.

“Ben is a solid veteran defenseman that will bring both experience and size to our blue line,” Panthers general manager Bill Zito said. “Having reached the Stanley Cup Final with Montreal last season, he is a player that knows what it takes to make a deep playoff run, which is what our organization is striving for in these next few months.”

Smilanic, a lefty-shooting center, had 22 points (13 goals, 9 assists) in 38 games in his second season with Quinnipiac University in the NCAA. He was second on the team in goals. The Denver native was selected by the Panthers in the third round (74th overall) in the 2020 NHL Draft.