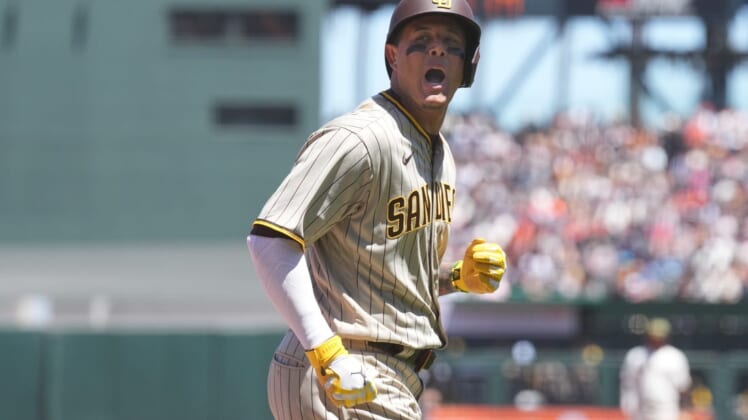 Manny Machado hit a 425-foot home run off a 99-mph fastball from Carlos Rodon for the Padres’ first run, but it was Luke Voit scoring on a safety squeeze bunt by Trent Grisham in the sixth inning that was ultimately the difference.

Musgrove improved to 5-0 and lowered his ERA to 1.90 with an eighth straight quality start to open the season. The right-hander gave up four hits and three walks with four strikeouts.

He worked his way out of several jams with the help of his defense. The Giants had runners at first and second with one out in the sixth when Musgrove induced Darin Ruf to ground into an inning-ending double play. The Giants again had two on with two out in the seventh when pinch-hitter Evan Longoria grounded out to third baseman Machado.

The Giants were 0-for-5 against Musgrove with runners in scoring position.

Pinch-hitter Austin Slater singled to open the bottom of the ninth, but Rogers threw a called third strike past Luis Gonzalez to end the game and lower his ERA to 0.49.

Machado’s third-inning homer — his eighth of the season but first since May 5 — landed in the bullpen in left-center.

Voit opened the Padres’ sixth with a double and moved to third on Austin Nola’s single to right. After Ha-seong Kim flew out to short right, Grisham dropped a perfectly placed bunt between Rodon and first base to easily score Voit.