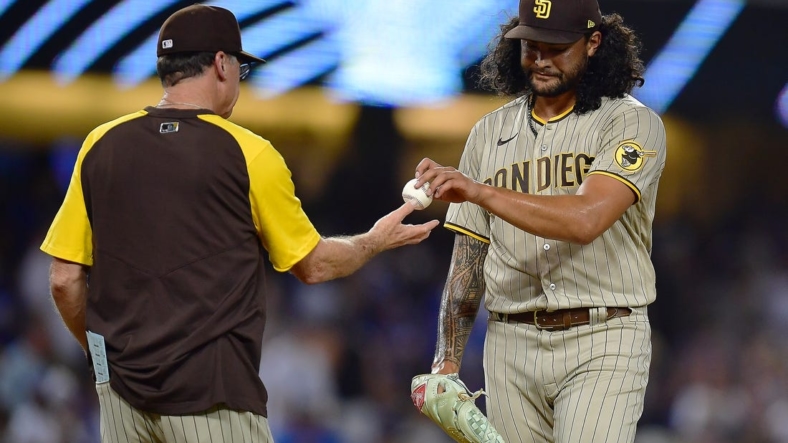 The San Diego Padres will skip the rotation spot of left-hander Sean Manaea when they play host to the Los Angeles Dodgers over the weekend, according to manager Bob Melvin.

The Padres also placed infielder Brandon Drury on the seven-day concussion injured list, while catcher Jorge Alfaro was activated from the IL.

An off day Thursday will allow the Padres to skip the rotation spot without other moves needed.

Drury, 30, took a fastball Friday to the flap that extends from his batting helmet over his left cheek. He went to first base but was later removed from the game and has not played since.

Acquired from the Cincinnati Reds at the trade deadline, Drury is batting .220 with five home runs and 20 RBIs over 27 games with the Padres.

Alfaro, 29, has been out since Aug. 25 with right knee inflammation. He is batting .252 with seven home runs and 36 RBIs over 72 games this season.