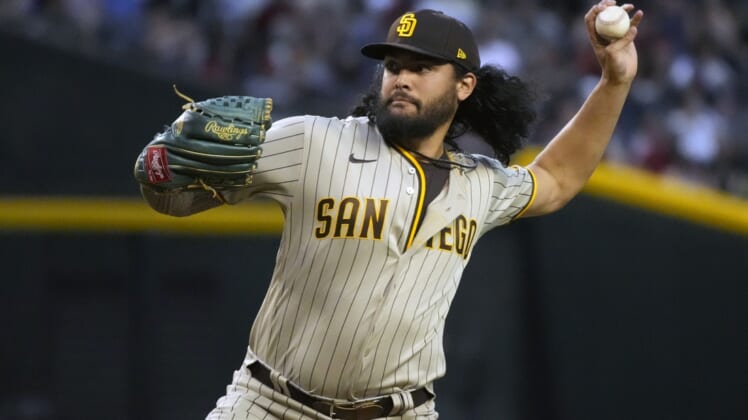 San Diego Padres left-hander Sean Manaea pitched seven no-hit innings against the Arizona Diamondbacks in his team debut on Friday night as the club searched for a combined no-hitter.

Manaea, acquired from the Oakland Athletics last Sunday, struck out seven and walked one in an 88-pitch outing before manager Bob Melvin told him his night was done. The Padres led 3-0 entering the bottom of the eighth inning, when Tim Hill replaced Manaea.

Daulton Varsho was the only Arizona batter to reach base against Manaea, drawing a two-out walk in the second inning. Manaea retired the next 16 batters before exiting.

Manaea pitched a no-hitter for Oakland against the Boston Red Sox on April 21, 2018. San Diego has just one no-hitter in franchise history and it came last season when Joe Musgrove shut out the Texas Rangers on April 9, 2021.