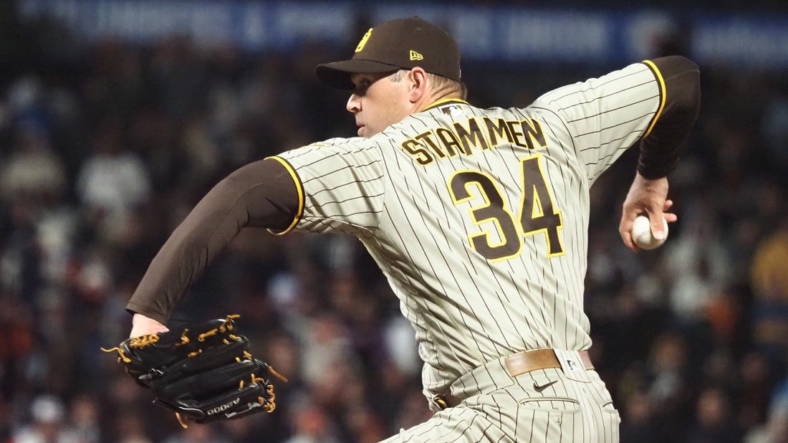 The move to add Stammen (shoulder) comes one day after right-hander Pierce Johnson also was reinstated from the 60-day IL. The Padres entered Sunday’s game against the Los Angeles Dodgers with a 77-63 record and in possession of one of the three wild-card spots in the National League.

In corresponding moves to add Stammen to the active roster, right-hander Nabil Crissmatt was optioned to Triple-A El Paso, while right-hander Tayler Scott was designated for assignment.