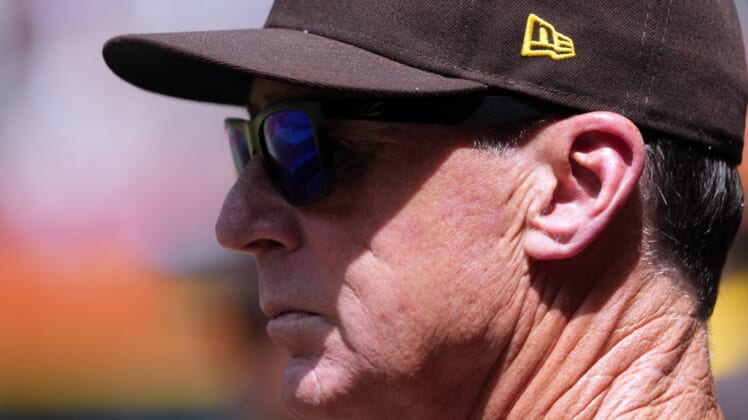 Bench coach Ryan Christenson had been serving as interim manager for select games over the past week as Melvin dealt with symptoms of what the Padres originally referred to as a gastrointestinal problem.

The Padres are set to begin a three-city, nine-game road trip Friday at Atlanta, with Melvin optimistic he can return in less than two weeks. Christenson will serve as manager on the road trip.

Melvin said of the pending operation, “Just want to get it over with.”

Melvin said his doctors did not believe he had prostate cancer. The team did not specify if cancer was found.

“Everybody’s biggest question is Bob’s health, making sure that he’s in a good place here in the next few days and gets some relief,” Padres president of baseball operations A.J. Preller said, according to the San Diego Union-Tribune. “The diagnosis from the doctors has been good. In terms of the team and the staff, we’ve got a lot of experience, and guys know their responsibilities. I think everybody’s looking forward to stepping up and keeping things going.”

Melvin is in his first season as the Padres’ manager. He spent the past 11 years leading the Oakland A’s before getting permission to move to San Diego in the offseason.

Melvin previously managed the Seattle Mariners and the Arizona Diamondbacks. In 19 years as a major league skipper, he has a 1,366-1,283 regular-season record (.516) and a 10-17 mark in the postseason.