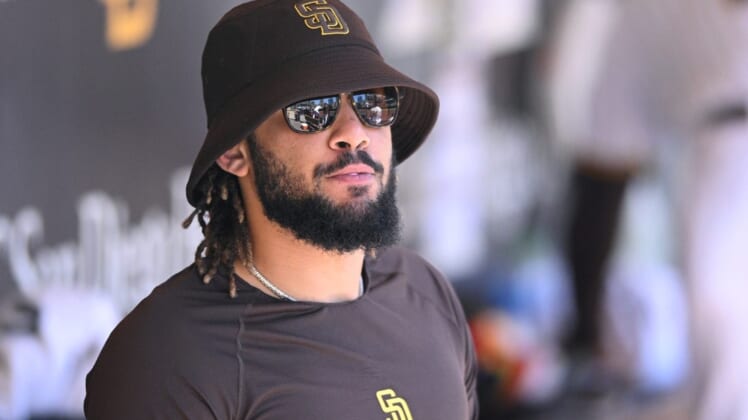 Melvin said he spoke to Tatis by phone but didn’t want to reveal any other details, terming it a “private conversation” with the 2021 All-Star. Tatis hasn’t played at all this season due to a broken left wrist.

It is believed Tatis injured the wrist in a motorcycle accident in December in the Dominican Republic.

“It’s the second time we’ve been disappointed with him,” said Clevinger, who was also referring to the motorcycle incident. “You hope he grows up and learns from this, and learns it’s about more than just him right now.”

Melvin was unsure if he would want Tatis to explain his actions to his teammates.

“I don’t know where and when that would potentially happen, so I’m not sure at this point,” Melvin said before Saturday’s game.

Tatis, 23, admitted that he made a mistake in a statement released through the Major League Baseball Players Association shortly after his suspension was announced. He also expressed the pain he was feeling.

“I am completely devastated,” Tatis said. “There is nowhere else in the world I would rather be than on the field competing with my teammates. … I look forward to rejoining my teammates on the field in 2023.”

Tatis’ suspension will cost him roughly a month of games next season.

Tatis played in a career-high 130 games in 2021, his third major league season, and led the National League with 42 home runs. He batted .282 with 97 RBIs and 25 steals and was third in NL MVP voting.

In 273 career games, Tatis has a .292 batting average with 81 home runs and 195 RBIs. He was a first-time All-Star in 2021 after finishing fourth in NL MVP voting during the pandemic-shortened 2020 season, and he signed a 14-year, $340 million contract with the Padres during spring training of 2021.