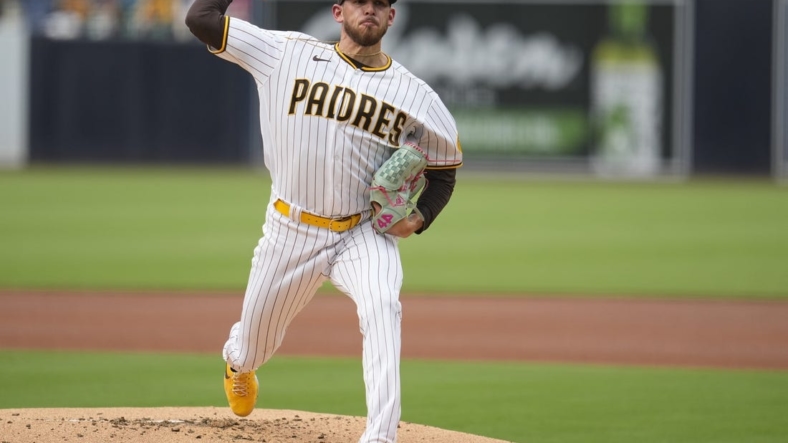 The last time the San Diego Padres played the Royals in Kansas City, Royals rookie infielder Bobby Witt Jr. had just celebrated his second birthday. In fact, 13 players on the Royals’ active roster had not yet turned six.

It was late June 2002 when the Padres last visited Kauffman Stadium, but that changes Friday when the Padres bring their playoff push to Kansas City for the first game of a three-game series with the Royals.

Big movers at the trade deadline, the Padres have not caught fire like many thought they would. They are 8-12 since Aug. 2, the day they acquired Juan Soto and a handful of others who were supposed to spark the stretch run.

The Padres currently hold down the third and final wild-card spot in the National League, with the Philadelphia Phillies just two games ahead of them entering Thursday night’s game and the Milwaukee Brewers a game and a half back. The Padres have lost two straight games and are 4-6 in their last 10 games.

They got swept in a two-game series to the Cleveland Guardians at home Tuesday and Wednesday.

Following the three-game series with the Royals, the Padres’ next 12 games are within the NL West, so there’s time to right the ship.

Musgrove has faced the Royals once before, and he gave up five runs over six innings of a no-decision in 2018 when he played for the Pittsburgh Pirates. The San Diego-area native is a first-time All-Star this season, currently holding a career-low ERA, and he delivered quality starts in each of his past three outings.

Bubic is one of the baby Royals who probably doesn’t remember much about June 2002. He probably wishes he could forget much of 2022 as well, having struggled most of the year.

Bubic entered his last outing in Tampa with a glimmer of optimism, posting a 3.79 ERA in his first three games after returning from Triple-A Omaha in the beginning of June. He had held opponents to three earned runs or fewer in 11 of those 14 starts.

But he threw 36 pitches and allowed three runs in the second inning in the Royals’ 5-2 loss to the Rays.

“Compared to how I’ve thrown the last couple months, this is one you throw away,” Bubic said. “At the end of the day, there were enough executed pitches and enough soft contact mixed in that you take your chances on those days. A lot of the time, those balls turn into outs.”