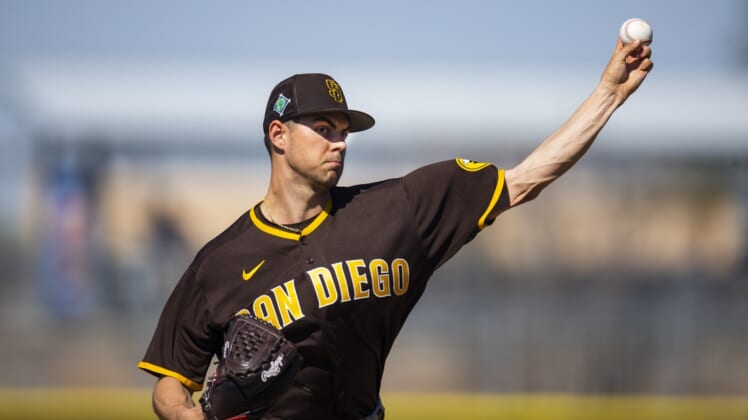 Top pitching prospect MacKenzie Gore is set to make his major-league debut for the San Diego Padres on Friday against the World Series champion Atlanta Braves.

The 23-year-old left-hander was promoted from Triple-A El Paso on Thursday to take the roster spot of left-hander Blake Snell, who was placed on the 10-day injured list because of adductor tightness.

Gore was the Padres’ first-round pick (No. 3 overall) in the 2017 MLB Draft out of Whiteville High School in Whiteville, N.C.

Snell, 29, was scratched from his scheduled start Sunday because of muscle tightness. He made 27 starts for San Diego last season, posting a 7-6 record with a 4.20 ERA.