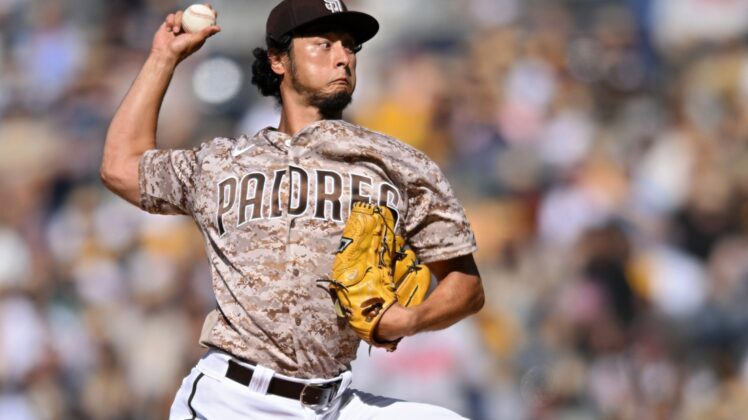 The visiting San Diego Padres and the Pittsburgh Pirates, who open a series Friday, are both coming off sweeps.

That’s good news for the Padres, who won three straight in Cincinnati, and bad news for the Pirates, who lost three in a row against visiting Milwaukee.

The Padres’ series against the Reds came on the heels of a stinging 10-2 loss to the Los Angeles Dodgers and marked a coming-out party of sorts on offense. San Diego racked up 24 runs in the three wins, capped by a 7-5 victory on Thursday.

Manny Machado had nine hits in the three games to take the major league lead with 30 hits.

Meanwhile, perhaps it will be a relief for the Pirates — who are 8-5 against all other opponents — to be playing someone other than the Brewers. Milwaukee posted a three-game home sweep of Pittsburgh last week, then improved to 6-0 in the season series with a come-from-behind, 3-2 win Thursday.

The latest losses exposed the Pirates as a team that still has to learn how to win tough games.

“As we develop as a club, we’re going to have to finish games against a club like that,” Pittsburgh manager Derek Shelton said.

Pittsburgh right-hander Zach Thompson (0-2, 10.80 ERA) has a little extra pressure heading into his start in the series opener. He will be trying to snap an unwanted trend.

The Pirates have not had a starter earn a win through their first 19 games. It’s the longest such string to start a season since the 1988 Baltimore Orioles lost each of their first 21 games.

Darvish twice has given up one or fewer hits in at least six innings this year, including in his most recent start, which came Saturday in San Diego against the Los Angeles Dodgers.

In that game, San Diego’s ace struck out seven, walked three and allowed just one hit in six scoreless innings of what eventually was a 3-2 Padres win in 10 innings.

Darvish got his pitch count up in the first couple of innings before settling down.

“He’s got 50-some pitches after two, and I’m hoping I can get five out of him,” Padres manager Bob Melvin said. “Then we get six, and I’m thinking, can he go for the seventh? … But I think the way he finished up was fantastic.”

Darvish has made eight career starts against the Pirates, going 3-2 with a 2.40 ERA.

Thompson is having a rough time in his first season with the Pirates. His first start got cut short when he took a comebacker off his right shoulder. He has lost his two subsequent starts, and he gave up nine runs — although five were unearned — in two innings Saturday against the Cubs in a 21-0 defeat in Chicago.

Thompson is 0-2 with a 7.00 ERA in two career starts against San Diego, both last season when he was a rookie with the Miami Marlins.