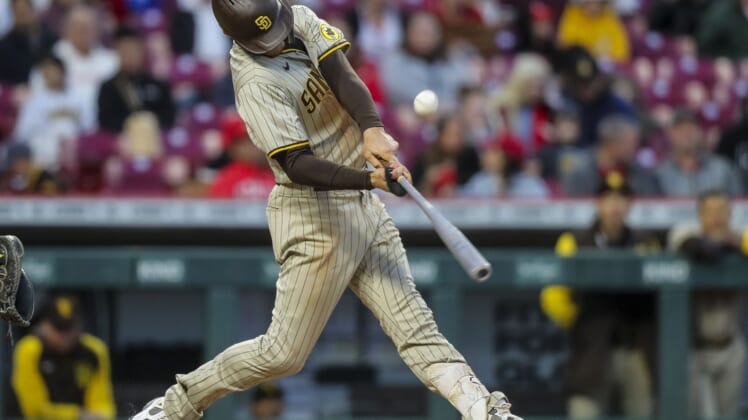 Both Myers and Voit are in Tuesday night’s starting lineup.

The Padres had Abrams open the season in the majors, despite having no Triple-A experience, due to an injury to star shortstop Fernando Tatis (wrist). But the 21-year-old never found his stride and hit .182 with one home run and four RBIs in 20 games.

The writing was on the wall for Abrams when the Padres claimed infielder Sergio Alcantara off waivers from the Arizona Diamondbacks on Monday.

Thompson, 31, batted just .071 (1-for-14) with seven strikeouts in six games. He had nine homers for El Paso before joining the Padres.