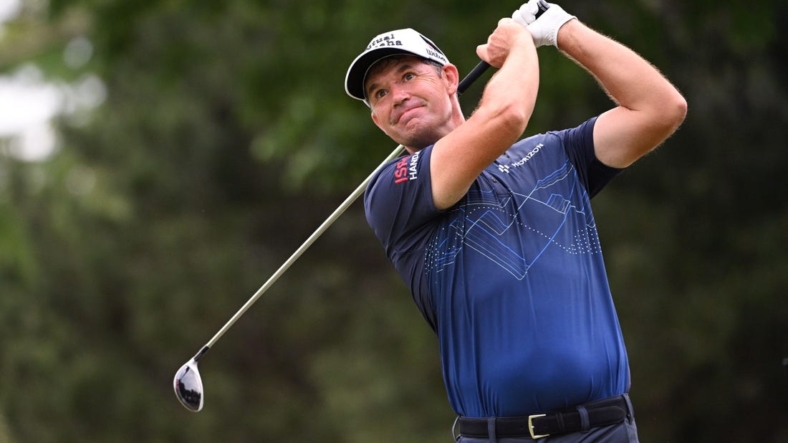 Padraig Harrington shot a 5-under-par 66 on Saturday to take a one-shot lead at 11 under heading into the final round of the Ascension Charity Classic in St. Louis.

Steve Stricker carded a 65 to vault into a tie for second with Germany’s Bernhard Langer (67) at 10 under.

John Huston fired a 66 at Norwood Hills Country Club to hold fourth place at 9 under, two shots back. Steven Alker (68) and Y.E. Yang (66) are tied for fifth, three shots back, and five golfers are within striking distance at 7 under, four shots back.

Harrington had a jumpy round, posting four birdies on the front nine but carding three bogeys coming in. He finished with eight birdies overall in his pursuit for his third win of the season.

“It’s nice to be the leader. Can’t ask for more than that,” Harrington said. “In some ways I do feel like I was a little bit scrappy today, it wasn’t as — it was a bit more drama in it. Would have liked it to be simpler and hopefully tomorrow — well, it doesn’t matter as long as I get to stay out front, but it would be nice if it was just a little bit less stress.”

Stricker, meanwhile, turned in a clean card. He opened with a birdie en route to six for the round. He, too, is looking for his third win of the season.

Langer, the co-leader with Harrington after Friday’s opening round, also had an uneven day, carding seven birdies against three bogeys.

“It was a bit of an up-and-down day,” Langer said. “Made a bunch of birdies, but also a few bogeys too many. Overall, it was a good day — 4 under on this course is not bad.”