Packers WR Davante Adams out of practice until Saturday 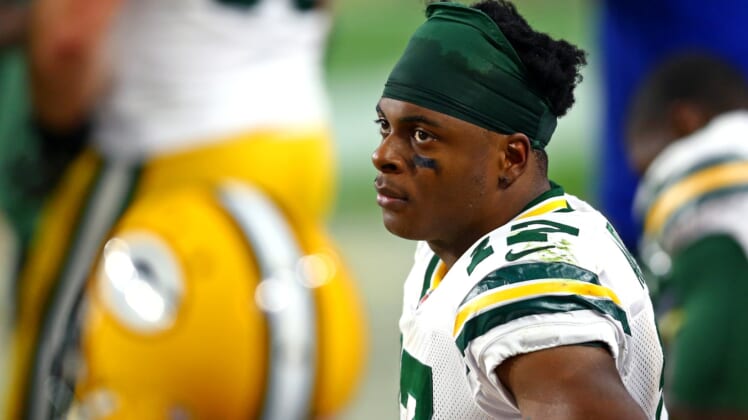 With the conference championship game looming against the Atlanta Falcons, the Green Bay Packers need to be at full force if they want to continue running the table.

#Packers WR Davante Adams, who sprained his ankle last Sunday, won’t practice until Saturday. He actually returned to the game vs. DAL.

Adams, who left the game against the Dallas Cowboys after suffering what looked to be a gruesome ankle injury before returning, is a key part of the Packers’ aerial attack.

He’s recorded over 200 receiving yards in the team’s two postseason games and is coming off a 75-catch regular season performance.

With a game predicated on precise route-running and the ability to make contested catches, Adams at anything less than 100 percent could spell trouble for a Packers team that is already dealing with an injured Jordy Nelson.

While Aaron Rodgers looks to continue his heroic run to the Super Bowl, health is paramount and it remains to be seen just what exactly the Packers will do with the hobbled Adams.