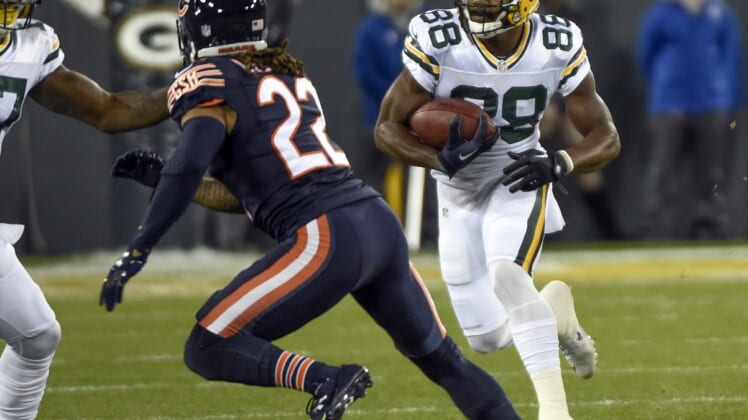 Versatile Green Bay Packers wide receiver/running back Ty Montgomery was forced to fill a dual role this past season. Now, it appears that Montgomery will make a full-time transition to running back.

McCarthy on @TyMontgomery2: He's a running back. He wants to change his number & that's the way we're going.

Montgomery has worn No. 88 since Green Bay drafted him in 2015. It looks like the team is on board with his wishes, according to head coach Mike McCarthy. Montgomery had to step up mid-season after both Eddie Lacy and James Starks were forced out with injuries.

As far as rushing, Montgomery recorded 457 yards and three touchdowns at an impressive 5.9 yards per carry. When lined up as a receiver, Montgomery tallied 44 catches resulting in 348 yards.

If the Packers are sold on Montgomery solely handling running back duties, he might have to play alongside Lacy. It was just reported by McCarthy that he “would love to see” Lacy get re-signed.

Lacy is slated to become a free agent and is currently healing from an ankle injury he suffered in October. Considering Lacy’s production was on the decline prior to his injury, making Montgomery a full-time back makes sense.