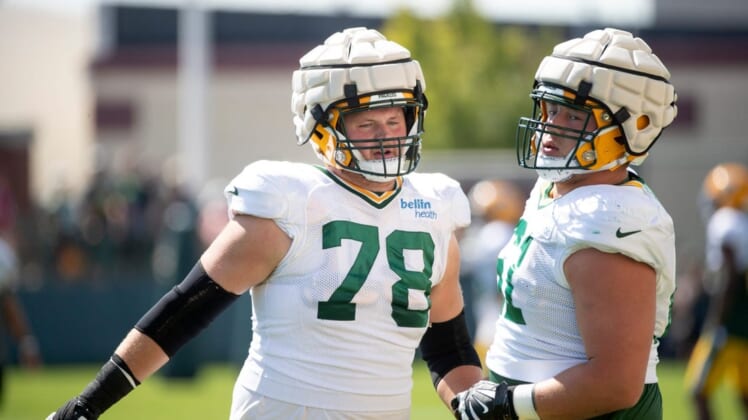 Van Lanen, 24, played his college ball at the University of Wisconsin before Green Bay selected him in the sixth round, No. 214 overall, of the 2021 draft.

In return for Van Lanen, the Packers reportedly will receive an unconditional seventh-round draft pick.

Meanwhile, in other moves to trim the roster down to 80 players, the Packers announced they released WR Danny Davis, another former Wisconsin Badger, who was signed as an undrafted free agent this past May.

The Packers also released safety Vernon Scott, who played in 18 regular season games and one postseason game since being drafted by Green Bay in the seventh round of the 2020 draft, and placed running back Kylin Hill on the reserve/physically unable to perform list.