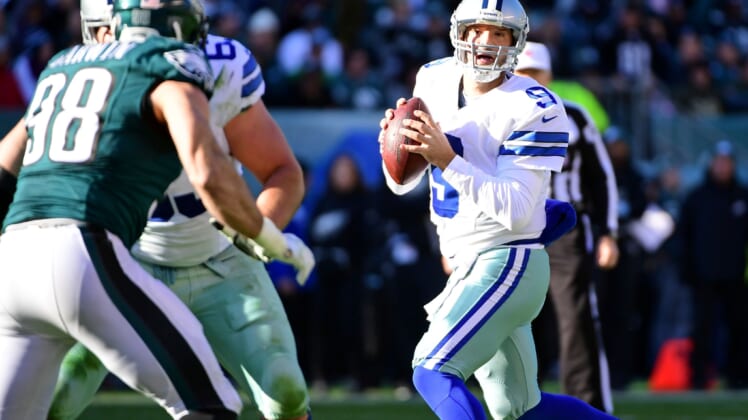 Following a devastating loss to the Green Bay Packers in the NFC Divisional Playoffs, it seemed as though Tony Romo’s time with the Dallas Cowboys had unceremoniously come to an end.

Following a fracture of his L1 vertebrae in preseason, rookie Dak Prescott took hold of the starting quarterback job and never looked back.

Romo, who had signed a six-year contract extension in 2012, had one lone drive all season — week 17 vs the Philadelphia Eagles that culminated in a touchdown pass.

During the post-game handshakes, cameras followed Tony Romo as he said his congratulations.

One exchange caught on camera was interesting, to say the least.

A Packers coach, possibly Ron Zook, offered his condolences on the loss, saying: “You deserve better.”

Tony Romo walks off for potentially the final time as a Cowboy. Where will he end up? Some possibilities: https://t.co/ofhsev6TjS pic.twitter.com/Np2xmqlXe3

Interesting to say the least, as Romo was injured the majority of the season and Prescott is considered a frontrunner for NFL Rookie of the Year.

Regardless, Tony Romo can expect to be released in the near future, and the sweepstakes will begin for the lone quarterback available that can lead a team to the Super Bowl.