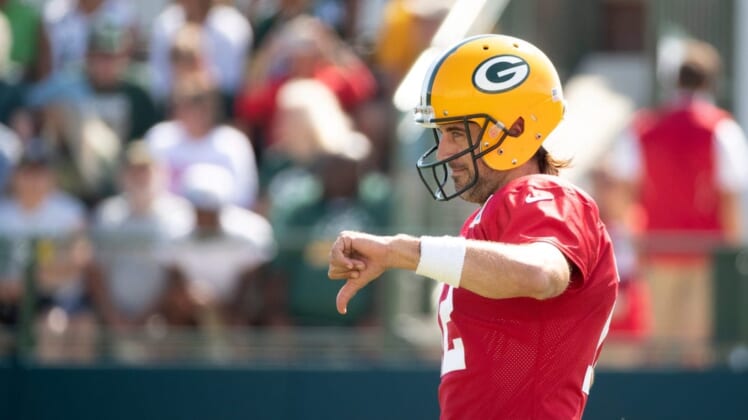 Rookie inside linebacker Quay Walker is the lone starter scheduled to appear for the Green Bay Packers in their preseason finale this week.

Aaron Rodgers will again slide through the preseason with only sideline observer duties in what head coach Matt LaFleur said was a “risk vs reward” decision in settling on a playing time plan against the Kansas City Chiefs.

“Knowing it’s a long season, 17 games,” LaFleur said Tuesday morning. “I think early on we get stressed with travel as well. I’m just trying to factor in everything.”

Rookie second-round pick Christian Watson, a receiver activated from the physically unable to perform list, might also see the field with Jordan Love making another start at quarterback.

The Packers lost the regular-season opener last season to the Saints in a game that was moved to Jacksonville, and LaFleur wondered aloud whether some of the team’s mistakes could’ve been avoided with more preseason reps.

“I think there are a lot of lessons that you take from those experiences that, hopefully, having gone through that will help us avoid maybe a similar situation,” he said. “But I look at our team, I think we’re in a much different place.”

The Packers kick off the 2022 regular season at the Minnesota Vikings on Sept. 11.