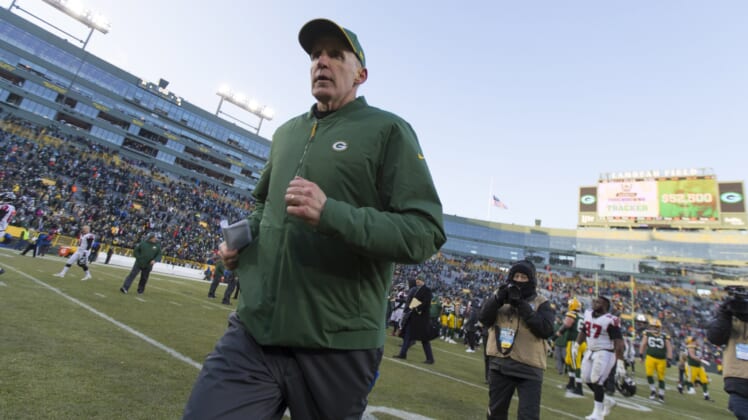 As the Green Bay Packers close shop on what has been a disastrous 2018 season, the organization will soon interview a whole host of candidates to become their next head coach.

Green Bay fired longtime head coach Mike McCarthy after a 4-7-1 start to the season, replacing him with offensive coordinator Joe Philbin on an interim basis. Philbin has since led Green Bay to a 2-1 mark in three games.

If it were up to Pro Bowl wide receiver Davante Adams, the search for a full-time head coach would stop with Philbin.

Strongest statement yet in favor of interim coach Joe Philbin comes from Davante Adams: "I'd love to see the search stop there." https://t.co/kxBW6lXWCT

That’s a very nice statement in Philbin’s favor. But it’s highly unlikely that he’ll retain the job through Green Bay’s season finale against Detroit on Sunday.

The Packers are going to be a highly-coveted destination for big-name coaching candidates. They boast one of the most heralded histories in the NFL.

It’s highly unlikely that the Packers would turn to a retread head coach that was hired by the ousted McCarthy.

Even then, we’re expecting Philbin to at least get an interview for the job. He posted a 24-28 record in three-plus seasons as the Dolphins’ head coach earlier this decade.