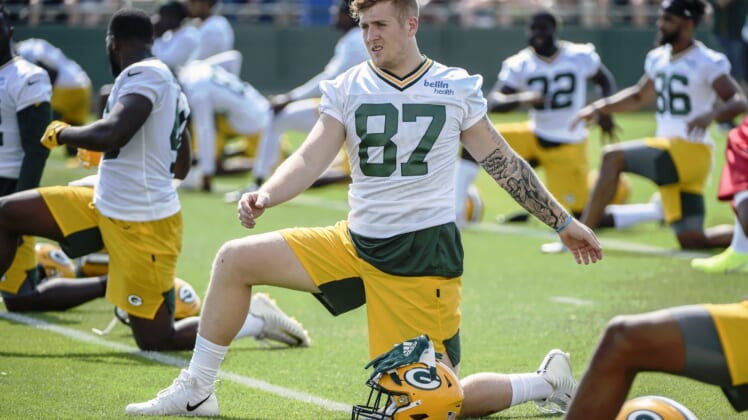 The Green Bay Packers and Houston Texans were involved in a training camp fight after rookie Jace Sternberger was blasted by Lonnie Johnson on Monday.

One day later, and Sternberger is being evaluated for a concussion, per Wes Hodkiewicz of Packers.com. Sternberger was cleared to return on Monday, but then symptoms popped up later on.

The rookie tight end has been making waves in camp so far. Selected in the third round out of Texas A&M, he’s an athletic tight end with playmaking ability down the field.

At this point, it may be optimistic to think Sternberger will be cleared to play in preseason Week 1 when the Packers take on the Texans Thursday night.