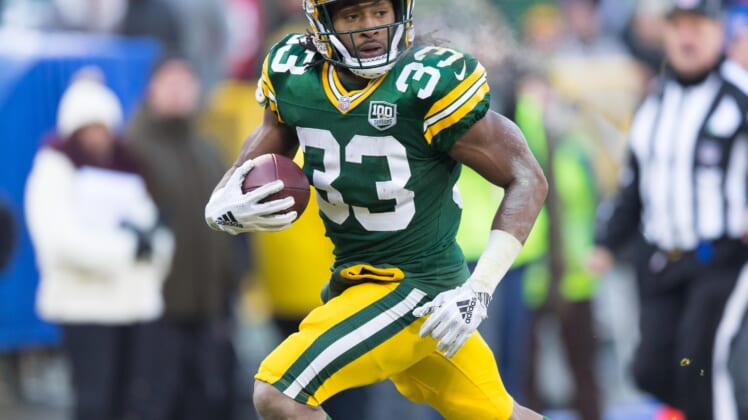 As the Green Bay Packers continue to acclimate to head coach Matt LaFleur’s new offense in training camp, they’ll welcome back one of their most important players on Saturday.

Running back Aaron Jones will return to the practice field on Saturday after he missed more than a week, including the team’s first preseason game, with a strained hamstring.

Jones return its critical for Green Bay’s entire offense and even for the 24-year-old running back. Fellow running back Jamaal Williams remains sidelined with a hamstring injury, which opens the door for Jones to prove he can take on a featured role in LaFleur’s offense.

He will enter his third season with his best opportunity to become a core piece of the offense. Jones flashed during the 2018 season with 728 rushing yards, 206 receiving yards and nine total touchdowns, though, many felt he never got a bigger opportunity in Mike McCarthy’s offense.

If Jones avoids any setbacks with his hamstring, he could suit up for the team’s preseason matchup against the Baltimore Ravens on Aug. 15.