Packers’ questionable offseason has the team in NFL purgatory 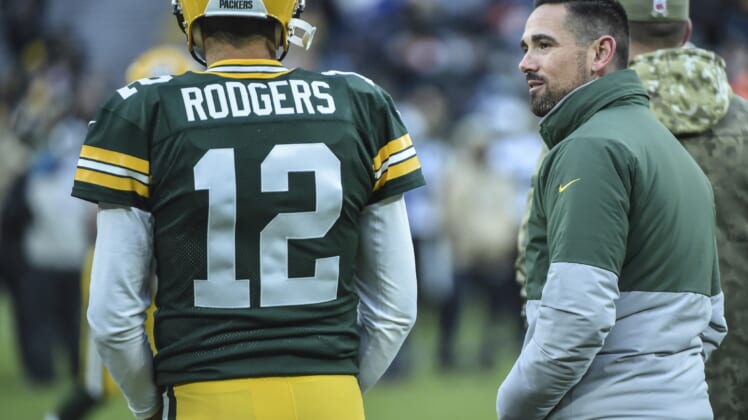 The Green Bay Packers might have earned an appearance in the NFC Championship Game last season. But it became clear early in that blowout loss to the San Francisco 49ers that this squad as a second-tier contender.

Green Bay did absolutely nothing on offense until the game was out of hand and saw a previously unknown running back in Raheem Mostert put up a record-breaking performance. The end result was a belief that Green Bay needed to find proven talent in free agency and those ready to make an instant impact during the 2020 NFL Draft.

It did not happen: Instead of going after a receiver in a draft that was among the best at that position in recent history, Green Bay traded up for a quarterback in Round 1. This has set into motion criticism directed at general manager Brian Gutekunst on a near never-ending loop.

For good reason: The 2020 NFL Draft, in particular, painted this up-and-coming personnel man in a bad light. It was not just knee-jerk reactions, either.

The holes are vast: As we saw during last season’s NFC Championship Game, these Packers still have ways to go before being considered legitimate conference title contenders.

Green Bay is not a serious contender: Based on the two games we saw them play against one another last season, these Packers are not on the 49ers’ level. But it’s about a lot more than that.

It’s not in a rebuild, either: If you look at how the Packers’ roster is constructed, this team is stuck between bottom-rung contention and irrelevance.

One has to wonder if the NFC Championship Game collapse played a role in this change of direction. Whatever the case might be, Green Bay is clearly in NFL purgatory heading into the 2020 season.