Packers Game Plan a Reason for Failure Against Seattle

After months of preparation, head coach Mike McCarthy failed to utilize a scheme that could overcome the domination that is the Seattle Seahawks defense. In route to a 36-16 opening night defeat, the reigning NFC North champions played right into what Pete Carroll’s squad likes to do defensively.

Instead of making the decision to target Richard Sherman with one of their top two receivers, Randall Cobb or Jordy Nelson, the Packers threw Jarrett Boykin wide left against the best cornerback in the NFL. And in the process, completely shut down about one third of the field. 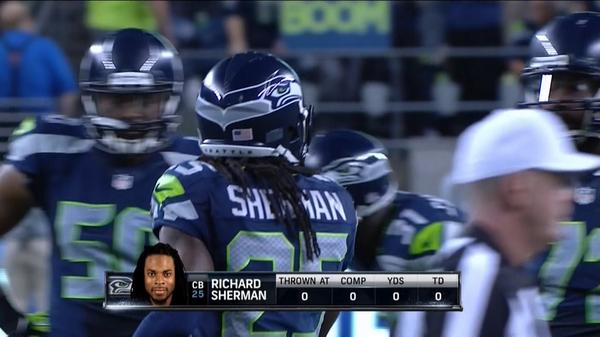 That’s not going to work against most defenses in the NFL, let alone the best unit in the league. It enabled the rest of Seattle’s athletic defense to focus on shutting down the other two thirds of the field with the likes of Kam Chancellor, Earl Thomas and Jeremy Lane. It also created a sense of predictability.

In theory, it’s a good idea. Throw a non-factor out there against Sherman while attempting to create mismatches with the likes of Cobb and Nelson. Unfortunately, the Packers took this theory to a whole new level by failing to target Sherman a single time throughout the game.

Once a defense recognizes what is happening early on, it’s able to adjust accordingly. This is only magnified due to the presence of outstanding defensive minds in Seattle in the form of coordinator Dan Quinn and secondary coach Rocky Seto. 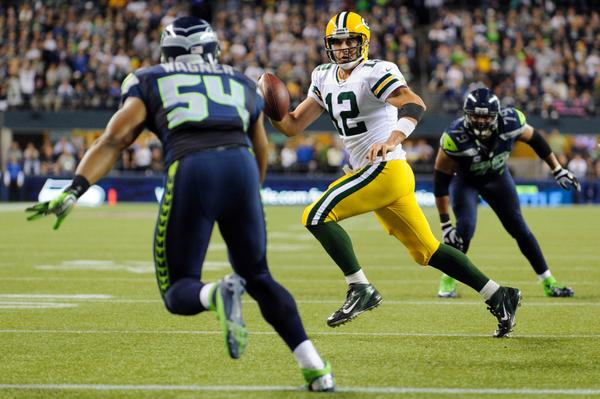 Instead of adjusting their game plan throughout the game, McCarthy and Co. remained focused on eliminating Sherman’s statistical impact and maximizing his real impact on the field. That led to a ton of underneath passes from Aaron Rodgers, something that won’t work well against a Seahawks defense that goes north-to-south as good as any in the league.

There is no good reason to force the ball into coverage against Sherman. And Seattle’s Cover-3 defensive scheme makes it enticing to try new things. That doesn’t mean that predictability throughout the course of a game is going to give you the necessary strategic advantage to have success.

The idea here should have been to maximize perceived advantages at times throughout the game instead of utilizing this philosophy on every passing down. It’s also a theory that other offenses may show at some point this season against Seattle. Anything can work if utilized correctly. But at the same time, it will fail if the strategy isn’t strong in the first place.

49ers may employ Johnson in similar role as Packers did Boykin.

We can expect the San Francisco 49ers with Anquan Boldin, Michael Crabtree and Steve Johnson to employ this sort of philosophy at times against Seattle. In addition to that the Denver Broncos and Philadelphia Eagles will likely do the same thing. The only way they’re going to have success where Green Bay didn’t is by utilizing it in a way where Seattle will be caught off guard.

For the Packers, it was yet another schematic failure from a coaching staff that has had too many over the course of the past couple seasons. They need to have more faith in their elite players moving forward. If that doesn’t happen, McCarthy and Co. will continue to waste the talent that they have on offense.

Instead of game planning to attack, Green Bay game planned to avoid. That’s entering into a matchup already under the proverbial eight ball. Let’s hope for the sake of competitive balance throughout the remainder of the season, other teams have strategic success against Seattle where the Packers failed.