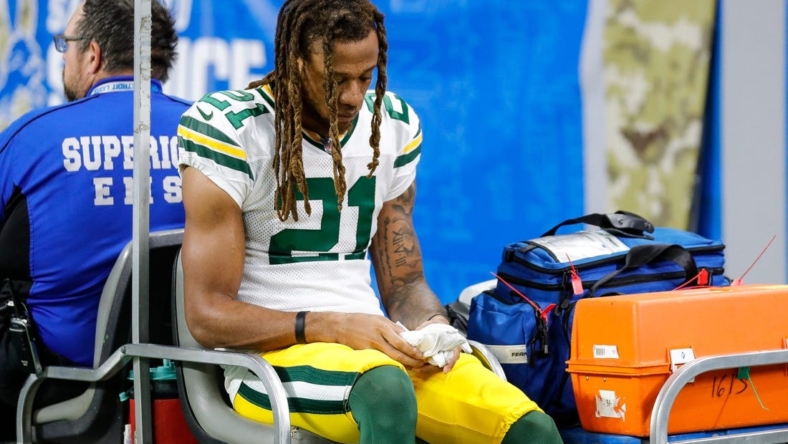 Stokes was on crutches in the locker room following the loss to the Detroit Lions last week. He was carted off the field in the same game in which the Packers also lost linebacker Rashan Gary for the season to a torn ACL.

Stokes is dealing with ankle and knee injuries. LaFleur would not divulge details or the severity of either injury.

“It’s looking unlikely, but I don’t have an exact update for that,” LaFleur said.

In addition to Stokes and Gary, the Packers all but ruled out a third defensive starter for Week 10 on Friday: linebacker De’Vondre Campbell is “highly unlikely” to be on the field at Lambeau when the Dallas Cowboys visit this weekend.

“We were hopeful that he would be available this week. It’s looking highly unlikely,” LaFleur said of Campbell. “He’s not where we need him to be, I guess.”