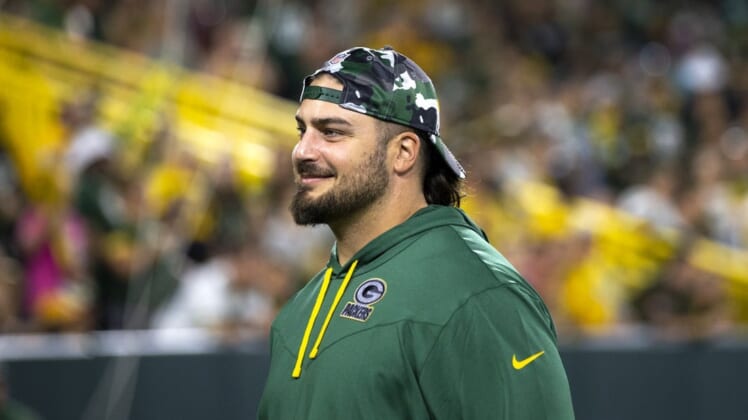 Bakhtiari, 30, played 27 total snaps in 2021 — all in the regular-season finale — after sustaining a torn ACL on Dec. 31, 2020. He has had three surgeries since the injury, including one before spring offseason workouts.

“We’re excited to get him out on the grass, and we’ll take it one day at a time,” Packers coach Matt LaFleur said.

“There’s been no thought as far as Week 1 is concerned right now. We have to see how he responds. When he’s ready, he’s ready.”

LaFleur said Bakhtiari would do individual drills at practice on Sunday.

A two-time All-Pro, Bakhtiari has started all 119 games in which he has played since being selected by the Packers in the fourth round of the 2013 NFL Draft.

The Packers open the season at the Minnesota Vikings on Sept. 11.